How Long Does LSD Last? 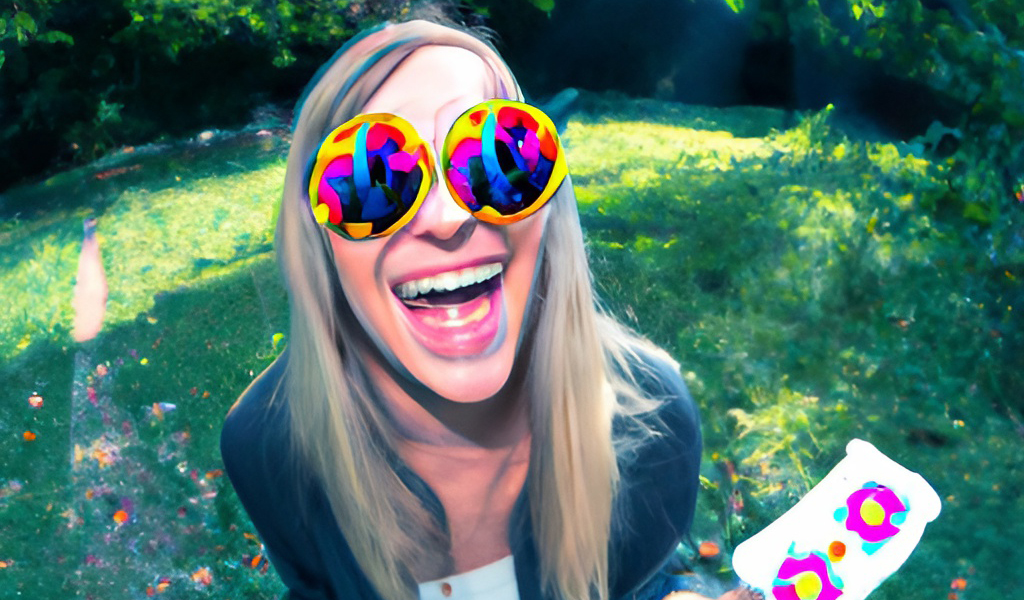 LSD, also known as acid, is a powerful psychedelic drug that has been used for decades for its mind-altering effects.

While the effects of LSD can be highly enjoyable for some, they can also be quite intense and unpredictable.

The factors that determine the duration of an LSD trip

The duration of an LSD trip can vary depending on a number of different factors.

These include the amount of LSD taken, the individual’s metabolism and body chemistry, the environment in which the drug is taken, and the user’s mental state and expectations.

The amount of LSD taken is one of the most important factors in determining the duration of a trip.

In general, a larger dose of LSD will produce longer and more intense effects.

However, it’s important to note that the effects of LSD can be highly unpredictable, and a relatively small dose can produce a very intense experience in some individuals.

Another factor that can affect the duration of an LSD trip is the individual’s metabolism and body chemistry.

On the other hand, people with slower metabolisms may experience longer-lasting effects.

The environment in which the drug is taken can also play a role in the duration of an LSD trip.

Finally, the user’s mental state and expectations can also influence the duration of an LSD trip.

People who are feeling anxious or stressed may find that their trip lasts longer, while those who are relaxed and in a positive frame of mind may have a shorter experience.

The average length of an LSD trip

The average length of an LSD trip is typically between 8-12 hours, but it can vary based on a number of factors.

One of the main reasons why the length of an LSD trip can vary is the amount of the drug that’s consumed.

A higher dose of LSD can prolong the trip, while a lower dose can shorten it.

Additionally, the individual’s sensitivity to the drug and their unique metabolism can also affect the length of the trip.

Other factors that can influence the duration of an LSD trip include the person’s environment, their emotional state, and any underlying medical conditions they may have.

Overall, the length of an LSD trip can vary greatly and should be carefully considered before taking the drug.

How to prepare for an LSD trip

Preparing for and managing an LSD trip can be a challenging task, but there are several steps you can take to help ensure a safe and enjoyable experience.

First, it’s important to plan ahead and make sure you are in a safe and comfortable environment.

Choose a location that’s free from distractions and potential hazards, and make sure you have someone with you who can act as a sober guide.

Next, it’s a good idea to set a clear intention for your trip.

This can help you focus your mind and stay grounded during the experience.

You may also want to create a playlist of music or other audio that can help enhance the experience and provide some structure to the trip.

During the trip, it’s important to stay hydrated and nourished.

This can help prevent negative side effects and keep your energy levels up.

You may also want to avoid making any major decisions or engaging in any potentially dangerous activities while under the influence of LSD.

Finally, remember to take breaks and take care of yourself.

If you start to feel overwhelmed or uncomfortable, try to focus on your breath and remind yourself that the effects of the drug will eventually subside.

If you need to, you can also try to ground yourself by focusing on your surroundings and engaging your senses.

Overall, preparing for and managing a long LSD trip takes patience and mindfulness. By following these tips, you can help ensure a safe and enjoyable experience.

How Long Does Microdosing LSD Last?

Microdosing LSD typically lasts for about 8-12 hours, similar to the average length of a full LSD trip.

However, the effects of microdosing may be less intense and may not be immediately noticeable.

Instead, the effects of microdosing are often subtler and can include increased creativity, improved focus, and enhanced emotional well-being.

These effects can last for several hours, but the exact duration can vary depending on the individual and the amount of the drug that is consumed.

It’s important to remember that everyone reacts to LSD differently, so the length of time that microdosing lasts may be different for each person.

potential risks and dangers of prolonged LSD use

Prolonged LSD use can potentially lead to a number of risks and dangers.

One of the main concerns with extended LSD use is the potential for psychological distress, including hallucinations and delusions.

These symptoms can be especially pronounced in individuals who are predisposed to mental health issues, such as depression or anxiety.

Prolonged LSD use can also potentially lead to a phenomenon known as hallucinogen persisting perception disorder (HPPD), which is characterized by persistent visual disturbances, such as seeing halos or trails behind moving objects.

These symptoms can be distressing and can interfere with daily activities.

Additionally, prolonged LSD use can potentially cause long-term changes in the brain, including alterations in the levels of certain chemicals and changes in the structure and function of brain cells.

While the exact effects of these changes are not fully understood, they may be associated with an increased risk of mental health issues and cognitive impairments.

Overall, it’s important to be aware of the potential risks and dangers of prolonged LSD use and to use the drug responsibly.

If you are experiencing any adverse effects from LSD, it’s important to seek medical attention immediately.

In conclusion, the average length of an LSD trip is typically between 8-12 hours, but it can vary based on a number of factors, including the amount of the drug consumed and the individual’s sensitivity to the drug.

Preparing for and managing a long LSD trip takes patience and mindfulness, and it’s important to take care of yourself and stay safe during the experience.

Prolonged LSD use can potentially lead to psychological distress, visual disturbances, and long-term changes in the brain, so it’s important to be aware of the potential risks and dangers of the drug and to use it responsibly.

Overall, LSD is a powerful substance that should be treated with respect and caution.